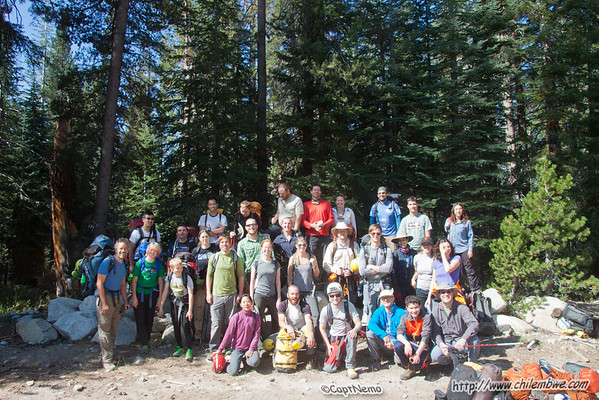 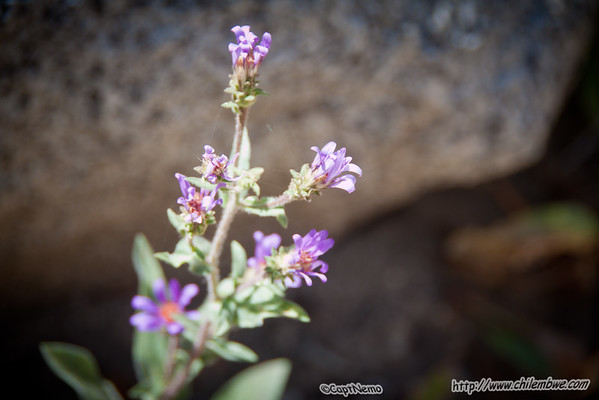 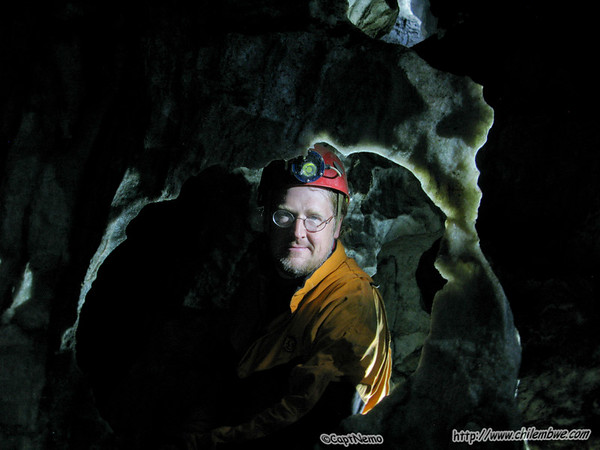 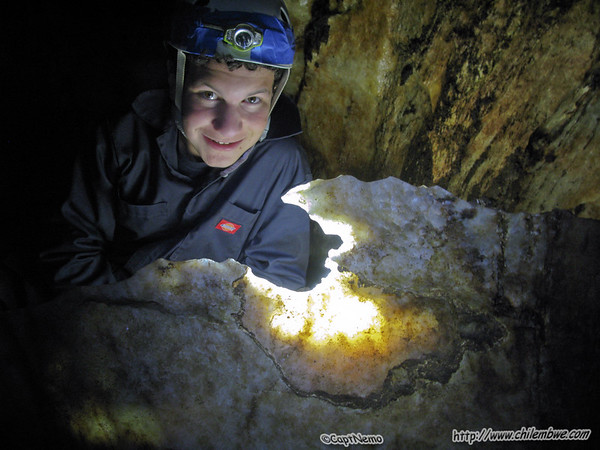 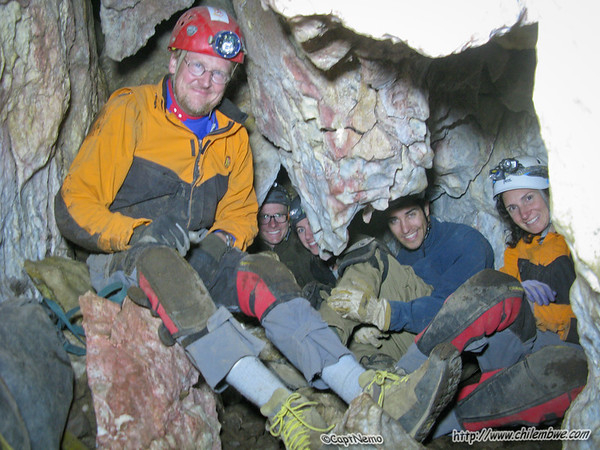 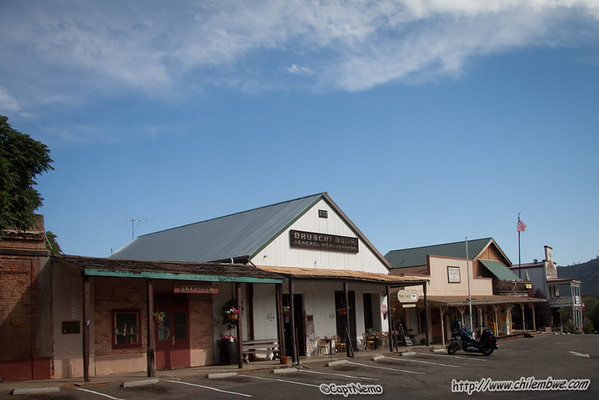 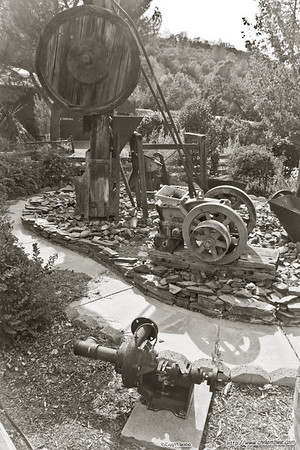 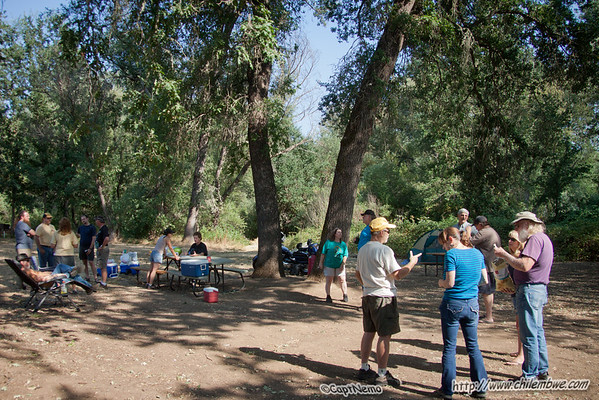 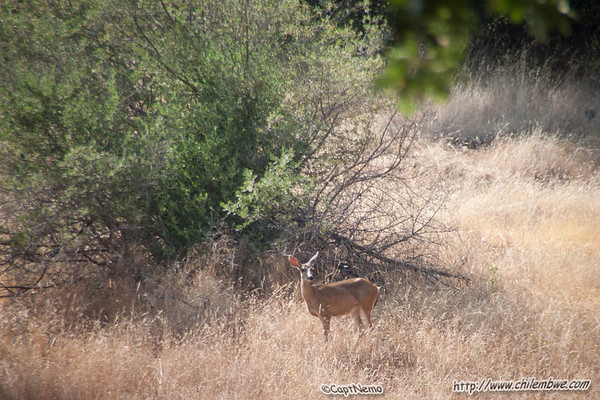 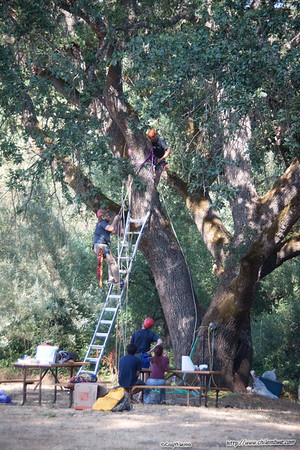 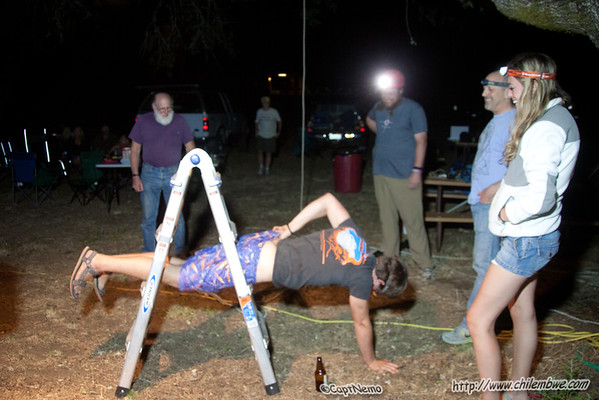 Me and my shadow 🙂

I picked up a couple of pieces of new gear in prep for a backpacking trip at the end of this summer and thought it prudent to try them out before hiking too far. I knew there was BLM camping near chimney peak so I hopped on the motorcycle (with greatly overloaded backpack) and headed up Kern canyon. 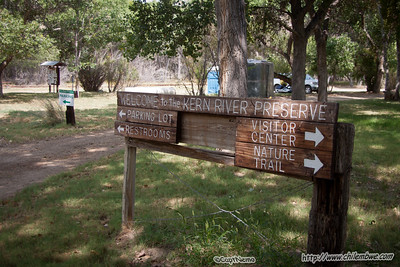 First stop was the Kern River preserve. Here there are many trees along the river so it makes a wonderful place to go for a stroll and watch the birds. Turns out my Dad and James had been amongst the numerous voluteers that planted many of these trees almost twenty years ago!

After a short walk around the preserve I continued driving east and the landscape became progressivly dryer. 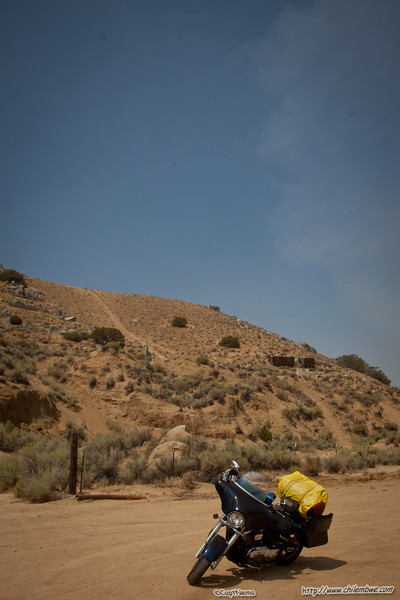 Reaching the turn off to Chimney peak I prepared to endure the next ten or fifteen miles on dirt road.

After only a mile or two though I encountered some pretty deep drifts of extremely powdery sand and decided to turn back. 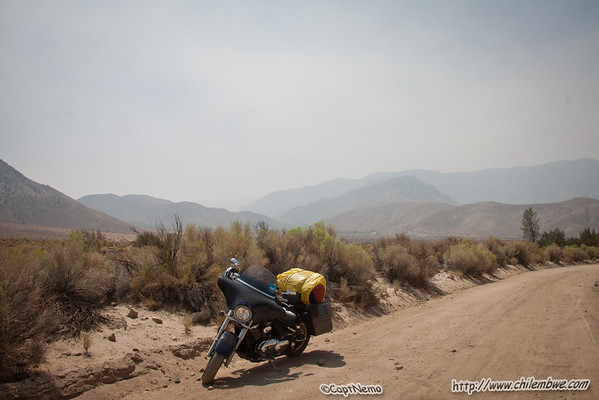 Getting back on the pavement I continued east until just before Walker pass I reached the BLM Walker pass campground. I parked here and grabbing my pack and camera began hiking up the trail.

The terrain here is interesting as the high desert vegitation of the Mojave desert, Joshua trees, cholla cactus etc are interspersed with the evergreens of the Sierras. This year the evergreens were looking the worse for the drought though as many were brown and dying. 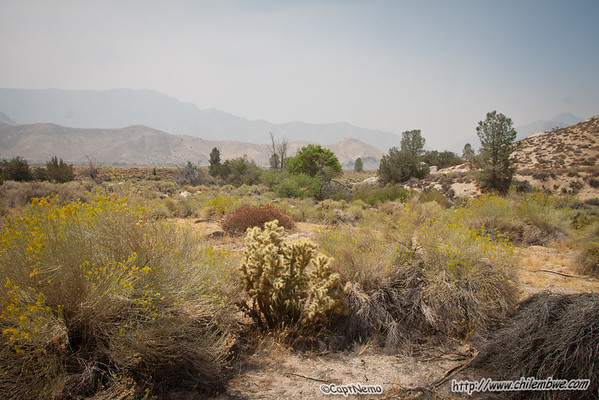 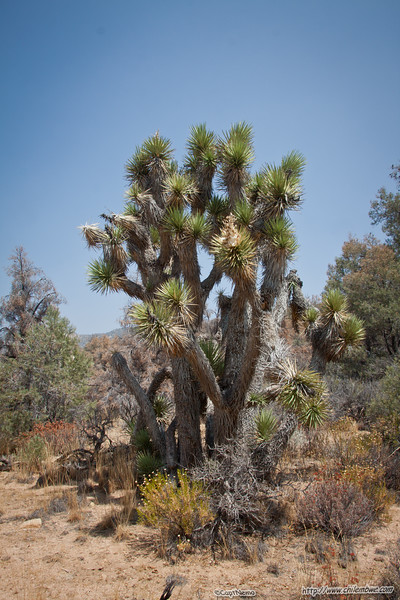 After a couple of miles along the Pacific crest trail I decided it was a little too hot to go further so I made my way back down to the campground.

I did notice a lot of cicada husks on the trees and bushes along the way. 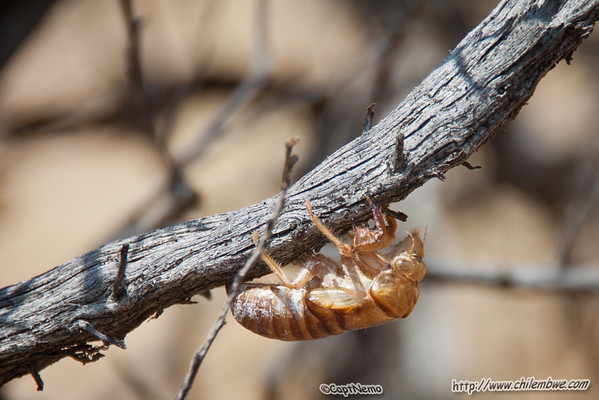 Back at the campground I rested up and waited till the sun went down. Meanwhile I spotted a family of quail in the nearby bushes, and a noisy Jay protested that I was resting under his tree! 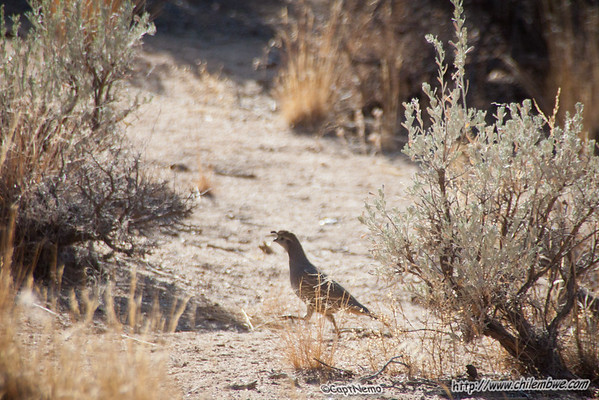 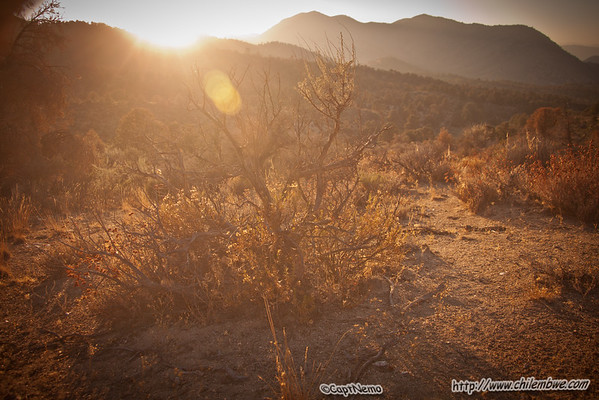 Once the sun started to set I hiked out to take a few pictures then it was time to fix dinner. This was where the new gear came in. I was lugging a new bear canister with all my food in it (hence the heavy pack) and a new wood burning camp stove I got on amazon.

I barely had enough water with me as hiking in the heat requires plenty of water and all nearby water sources (there’s a spring .3 miles from camp)were completely dry. Some kind soul had left an emergency stash at the campground but I left that alone as people walking in from the P.C.T might be in real need of that water. I only needed a couple cups to cook dinner and knew I could reach somewhere with water the next day without difficulty so I wasn’t too worried. I had 4 liters with me and had only drunk the first 1.5 so that left enough for dinner, breakfast and a little hike in the AM.

The stove performed well though it did take longer to boil water then it had at home, I expected this since I was at higher elevation but I had not realized how much the breeze would affect the stove’s performance (I realized this the next morning when heating water was significantly faster as there was no breeze) So for future trips I’ll be packing a windshield I made from a bit of aluminum. 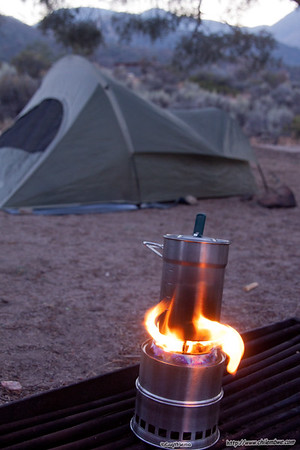 Overall though I was very pleased with the stove, not having to lug fuel canisters around is great and it really is amazingly efficient, just a few handfuls of twigs to cook dinner.

After dinner I spent some time taking pictures of the night sky and used my interval-o meter to try out some time-lapses. 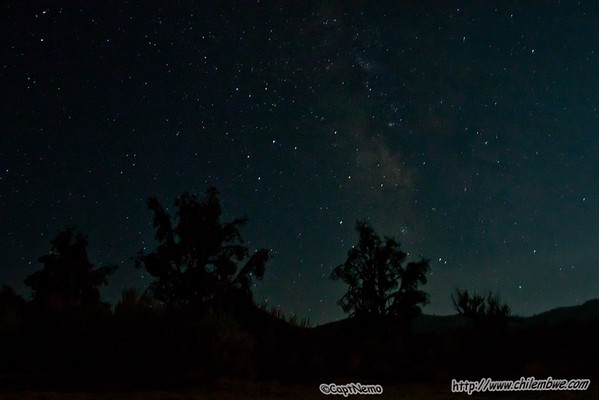 The next morning I fixed breakfast then hiked over to the pass and up the peak a ways before heading back and loading up the motorcycle to start my return trip. I stopped at  lake Isabella to observe how low the water levels were then took the leisurely route through Havilah where I was given a tour of the small but impressive museum. Then back to 58 and on to the Valley. 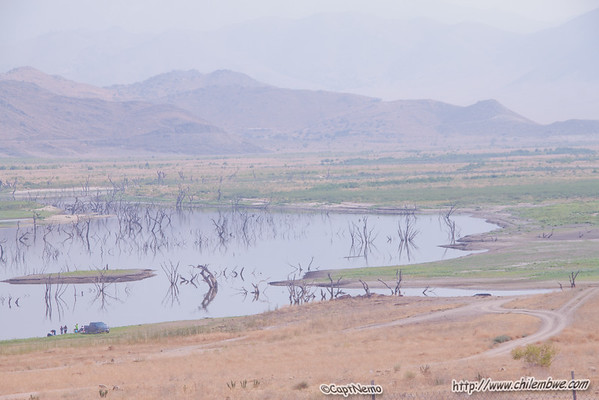 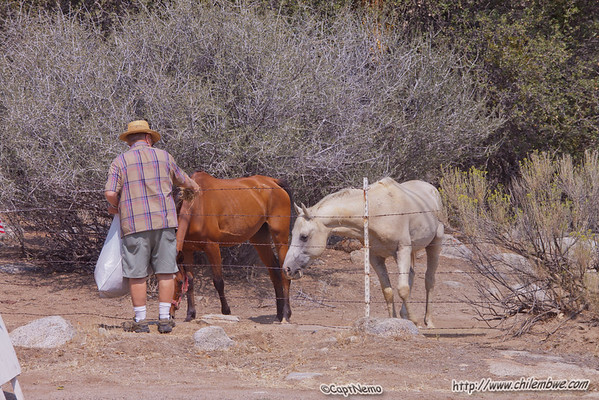 One of the museum docents feeding the neighbors horses 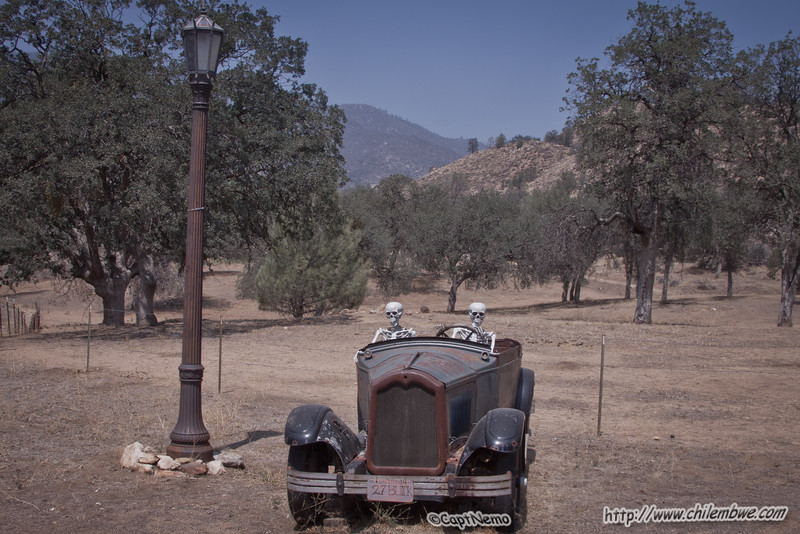 It’s not Halloween yet is it?

Another fun outing in Kern Canyon !