A Little about myself

I was born in Bakersfield, Ca. However I grew up in Southern Africa. We lived in Malawi.(Where my namesake John Chilembwe was from)and in Lesotho. The coldest winter I ever spent was in August in Lesotho. Who knew it snowed in Africa? Both countries have their unique charms and I wouldn’t hesitate to recommend a visit to either. The lush tropical environment in Malawi and the variety of terrain within a small country means you can see more wildlife then almost anywhere you can imagine. The rugged mountain peaks in Lesotho though are truly breathtaking and places like Semonkong make you realize how small we are on this huge earth.
I was named after John Chilembwe.
I completed my ‘O’ level exams when I was 16 years old and returned to the United States to get an American High School diploma.

After graduation I joined the U.S. Coast Guard and spent four years doing search and rescue on the Northern California coast. I was stationed primarily at the Noyo river station in Fort Bragg Ca, assigned to the cutter “Point Ledge” and mlb44371. This was a unique experience as most coast guard units at the time required you to be assigned to a cutter or small boat station not both. Our chief decided we should have more medical training so during my time in the coast guard I became an EMT and trained as a rescue swimmer.

I attended commercial diving school in Long beach California, after completing school I was looking for a job when hurricane Andrew hit. I hurried to Louisiana where I was put to work offshore just a day after arriving. I worked the next few years as a tender and commercial diver doing underwater construction on oil rigs, inspection of drinking water reservoirs and other underwater tasks. I was trained as a medic at commercial dive school and Global divers continued my training to become hyperbaric medic trained as well as a certified DMT. I’ve also worked as an EMT, a security guard and as a Medical Assistant.

Napping after a hard shift offshore

I first wrote a web page in 1995. That was the start of CaptNemo’s home- a single page composed of a mess of links and graphics.  It evolved to My old page and then into what is today- my domain name at
CaptNemo’s Home

My Favorite Interests and Hobbies Are: 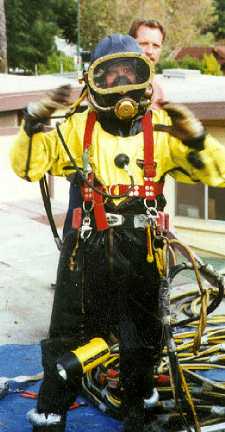 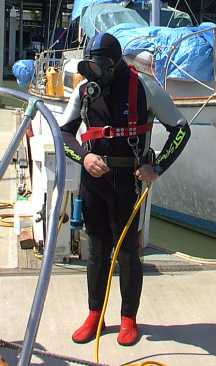 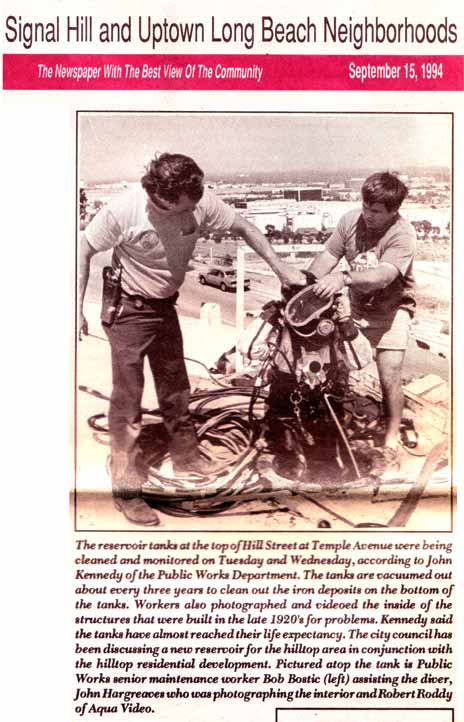 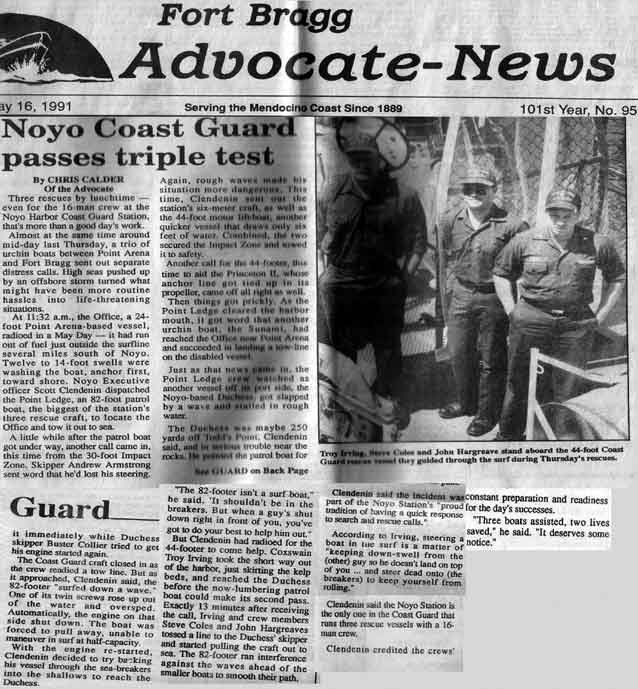 Like Captain Nemo’s voyage’s into the sea, we drift the endless currents of the internet.
Where will we surface next? Only the Captain truly knows.Dive in with Captain Nemo.