After a year of staying at home, it’s been a relief to head out and see some of the world again.

I did a couple of trips in June to escape the heat in the valley. Drove up to Tehachapi to see if my spark ev would make it -it didn’t, had to get towed the last couple miles to the charger 😦 . Next I took a ride up Kern Canyon. There was a slight delay in the canyon(I178) due to construction but otherwise lots of easy riding through plenty of twisties- went to Kernville for lunch then on to Sequoia and the lovely cool trees. Saw the sad aftermath of the fires near Camp Nelson. Then returned to the insufferable heat in the valley.

As I previously wrote I chose to fly to Cairns primarily because It allowed me to visit the Barrier Reef and join the caving trip to Chillagoe, but as it turned out, Cairns was a pretty neat destination on its own.

I had chosen to save a few bucks by staying at a backpackers hostel and consider myself fortunate to have chosen one that was not on one of the blocks crammed with nightclubs etc. so I was able to get some sleep though like with all hostels there was a fair bit of noise at night. I picked Caravella on Esplanade, the pictures on the website were a little misleading though. The bay is not really visible from the hotel and consists of a tidal flat so most of the time  your looking at mud not picturesque water. It was a great opportunity for bird watching though and the boardwalk the ran along the shore makes a great place for a stroll. 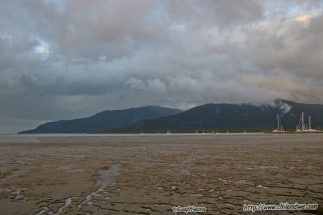 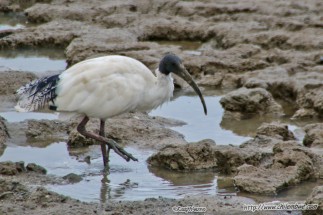 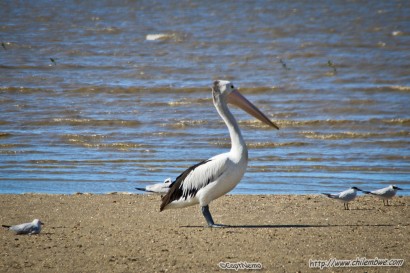 The unplanned shopping trip I had to make due to my bag being delayed gave me a chance to walk around town and see what was there. I spotted a large colony of flying foxes roosting in the trees near the city library. 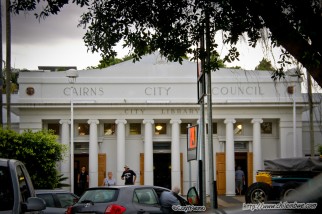 These are amazing to watch not only because of their huge size but their social behavior and the way they interact is very interesting. Just watch where you step.

Perhaps to make up for the fact you can’t swim in the bay they have one of the largest public pools I’ve ever seen over looking the waterfront.

I went for a walk out towards the edge of town and founf the botanical gardens which was a great spot to spend some time and photograph Australian bush turkeys, flowers, interesting plants and butterflies. 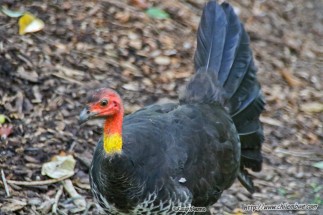 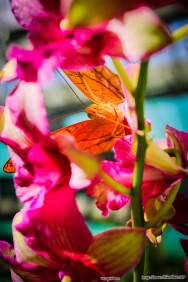 Then it was back to walking along the Esplanade to find a restaurant for dinner. I really enjoyed Cairns and of course its proximity to the Barrier Reef!

It turned out the reason we didn’t have reservations in Henderson for the trip home from Ely was because I had booked a non-refundable night for the following weekend, So what the heck it’s only 700 miles or so round-trip so I loaded the bike and off I went.

My first obstacle was as I neared Baker a huge dust storm hit. These are pretty impressive in a car, on a bike not really something I’d recommend experiencing. The pictures don’t really do it justice since I hid my camera away to protect it during the worst of it. 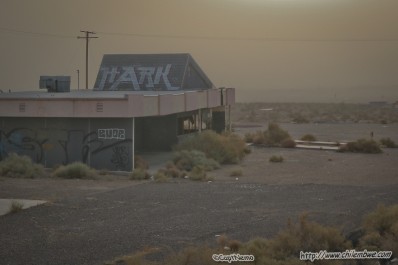 I made it through though and stopped in Baker to wash off some of the dust and check out Alien jerky. 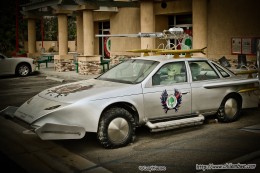 I also stopped by a large solar collector field that had an unearthly glow as the focused sun beams shone through the dust still in the air.

I arrived in Henderson Nevada to find Dinosaurs had taken over the town!

I made it safely to my hotel though (T-Rex didn’t get me) and checked in and went and got some dinner before heading out to see the Vegas strip. I decided to take a ride on the new “High Roller” Ferris wheel. you start out by stepping into one of these.

Before long you are climbing into the sky, they have screens that remind you how high.

and the view once you’re up there is wonderful… 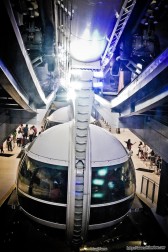 I walked along the strip a bit then cruised it a couple of times on the bike before the crowded traffic got to me and it was time to call it a night. So I headed back to the hotel in Henderson.